The good news is, it is a product that is still very much alive and in development, albeit it has had a long history of ownership and name changes!

Back in the mists of time Data Collection Reports for Surveys was a staple component of the SPSS Market Research suite of tools. When the company SPSS and all its analytical software tools were acquired by IBM back in 2009 the full suite of tools were rebranded and Data Collection Reports for Surveys became IBM SPSS Survey Reporter. Arguably an improvement on its previous moniker which was a bit of a mouthful.

IBM SPSS Survey Reporter continued to deliver unstinting service, as a robust and sophisticated tabulations package. It continued to be a staple tool for research and data processing teams in market research agencies large and small and was also widely used client side by pretty much all of the large companies that had their own internal research functions.

More recently, as IBM continued to align and refine its strategy around its impressive advanced analytical product lines the tools that were more specifically focused on the market research sector were spun off. IBM divested this element of the SPSS product line to an organisation called UNICOM, an IBM Business Partner; this was back in 2015. If you are interested in this little episode of corporate history, you can read about it here.

At this point, IBM SPSS Survey Reporter got another minor re-brand. It became UNICOM Intelligent Reporter. Survey Reporter continues to faithfully deliver the same wide range of tabulations capability (more on that later) but under UNICOM’s governance.

So, where does Smart Vision Europe fit into this meandering tale? Well, Smart Vision Europe Ltd has maintained the authorisation to sell and support Unicom Intelligence Reporter (formerly Data Collection Reports for Surveys and then IBM SPSS Survey Reporter) because we have worked with our partners (Predictive Solutions) to develop additional value added functionality for SPSS Survey Reporter (oops! Intelligent Reporter) called Quaestio Pro. There is no additional charge for the Quaestio Pro elements, in fact our license agreement means we can provide these products at lower prices.

What Does Survey Reporter / Intelligent Reporter actually do?

Despite all its name changes over the years, SPSS Survey Reporter has continued to play to its strengths. It allows you to deliver findings to decision-makers faster and more effectively through the efficient production of useful and easy to read tables.

For a more visual explanation of this product you can view our on demand webinar – Introduction to UNICOM Intelligence Reporter. 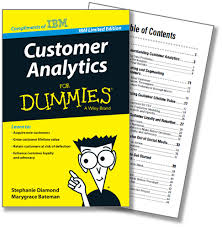